In the morning of June 19, 2020, at the headquarters, Nha Be Garment Joint Stock Corporation - NBC successfully organized the XIV 14th Party Congress of the 2020-2025 term, the congress passed many activities. important as well as determining strategic vision, direction and development goals in the future. The meeting was honored to welcome Mr. Vo Van Yen - Deputy Secretary of the Party Committee of the Ministry of Industry and Trade's grassroots Party in Ho Chi Minh City. Ho Chi Minh City, Mr. Pham Phu Cuong - Deputy General Director of Vietnam National Textile and Garment Group, NBC Chairman, Mr. Nguyen Ngoc Lan - General Director of NBC, together with the presence of more than 205 Party members of NBC. 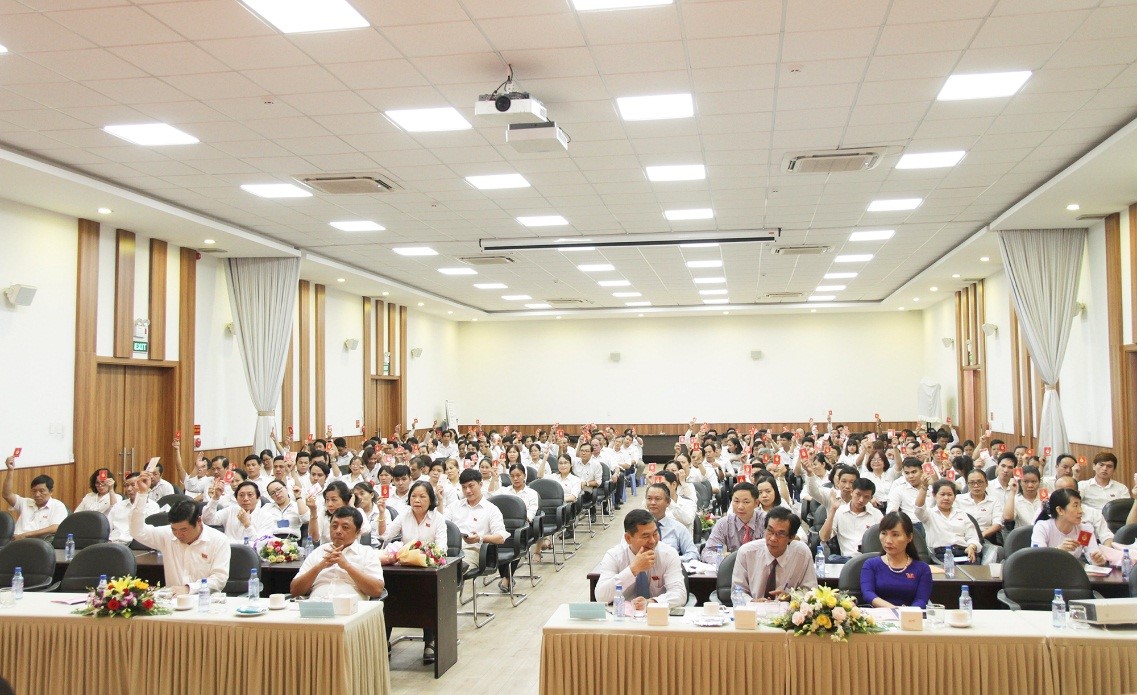 The 14th National Party Congress term 2020 - 2025, through many important activities

On behalf of the Executive Board of the Corporation's Party Committee, Mr. Dinh Van Thap, NBC's Secretary of Party, reported the results of implementing Resolution of the 13th Party Congress of Corporation. In the 2015-2020 period, the situation of production and business faced with difficulties and fluctuations of the market, but with the drastic, determined, creative, innovative, solidarity of officials, employees and people. The Corporation's employees have made great efforts to fulfill their tasks and achieved the set targets of the tenure (Total revenue reached 91%, Labor productivity increased by 11% compared to the target, the average income increased by 6). %/year). In particular, during the last term, the NBC Party Committee led a good implementation of social work, taking care of the community with the total amount of over 1 billion dong / year. Regarding Party building work, over the past term, the Corporation's Party Committee has admitted 90 Party members, fulfilling 100% of the target of the Resolution; is a strong and clean Party Committee.

Speaking at the meeting, Mr. Vo Van Yen - Permanent Deputy Secretary of grassroots Party Committee of Ministry of Industry and Trade in Ho Chi Minh City. Ho Chi Minh City recognized and praised the results that the NBC Party Committee has achieved in the last term 2015 - 2020. He also expected NBC to prepare conditions for a quick recovery, ensure competitiveness to stabilize and develop production and business after the COVID-19 pandemic. At the same time, always interested in building human resources, building a contingent of party cadres, especially key personnel of the Corporation, to meet the development requirements of the business in the next term. 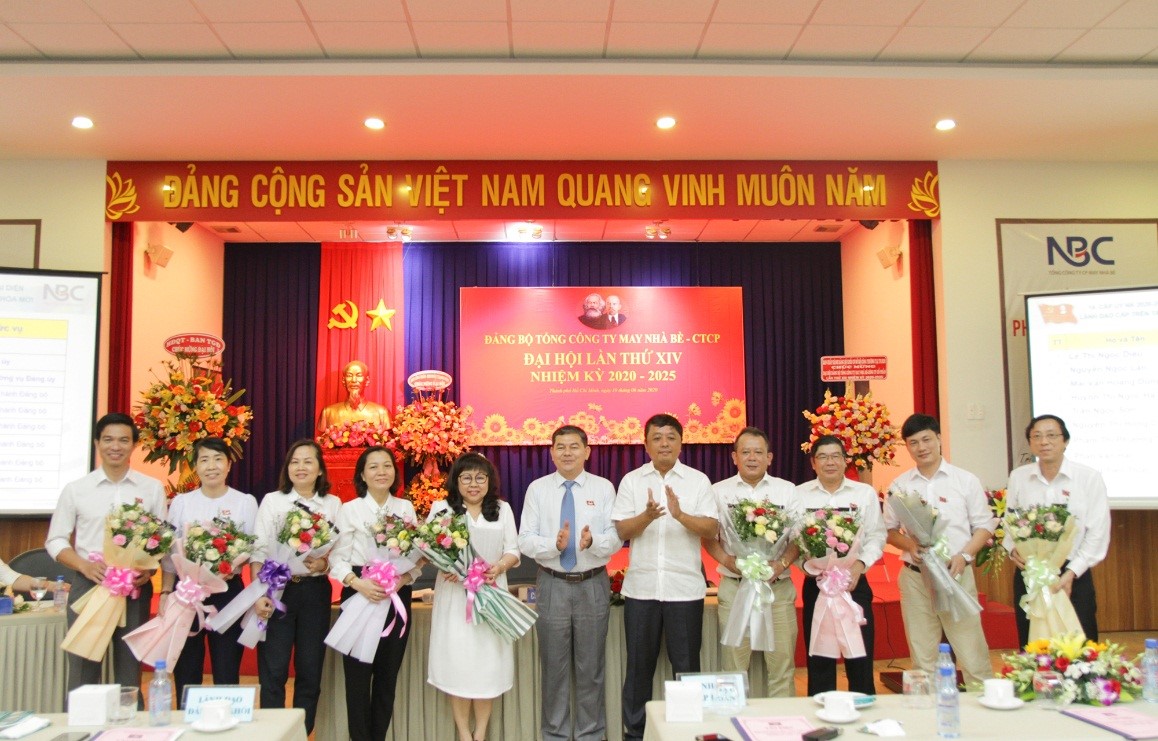 With a sense of responsibility, democracy, the Congress voted to vote for the NBC Party Executive Committee for the 2020-2025 term, including 9 comrades. Mr. Le Thi Ngoc Dieu was trusted to hold the position of Secretary of the Party Committee of the Corporation for the 2020-2025 term. Closing the meeting, representatives of the new Party Committee Executive Committee - Mr. Le Thi Ngoc Dieu thanked the whole The Congress trusted to recommend and elect the Party members to meet the ethical quality, professional qualifications, and management capacity to participate in the XIV Executive Committee of the XIV course. The new Executive Board will unite and endeavor to build a strong NBC team, determined to agree with the Board of Directors for strong, sustainable, effective and safe development as the theme of the General Meeting. out.