On the occasion of the 65th anniversary of the Vietnam Doctor's Day (February 27, 1955 to February 27, 2020), on the morning of February 27, the Corporation's leaders visited and congratulated the doctors of the Medical Station. Mr. Dinh Van Thap, Secretary of the Party Committee, Deputy General Director of NBC gave flowers of gratitude and sent his best wishes to the medical team, doctors and wishes to continue promoting the good tradition of the industry in protection. , take care, check up health for employees, always deserve the respect and honor of society.

Appreciate the work that the Health Station has done in the past. Specifically, in 2019, the Health Station organized health examination and counseling for nearly 4,000 employees; Prescribing, dispensing drugs, first aid and emergency care successfully thousands of cases of staff having health problems before moving to professional medical facilities. 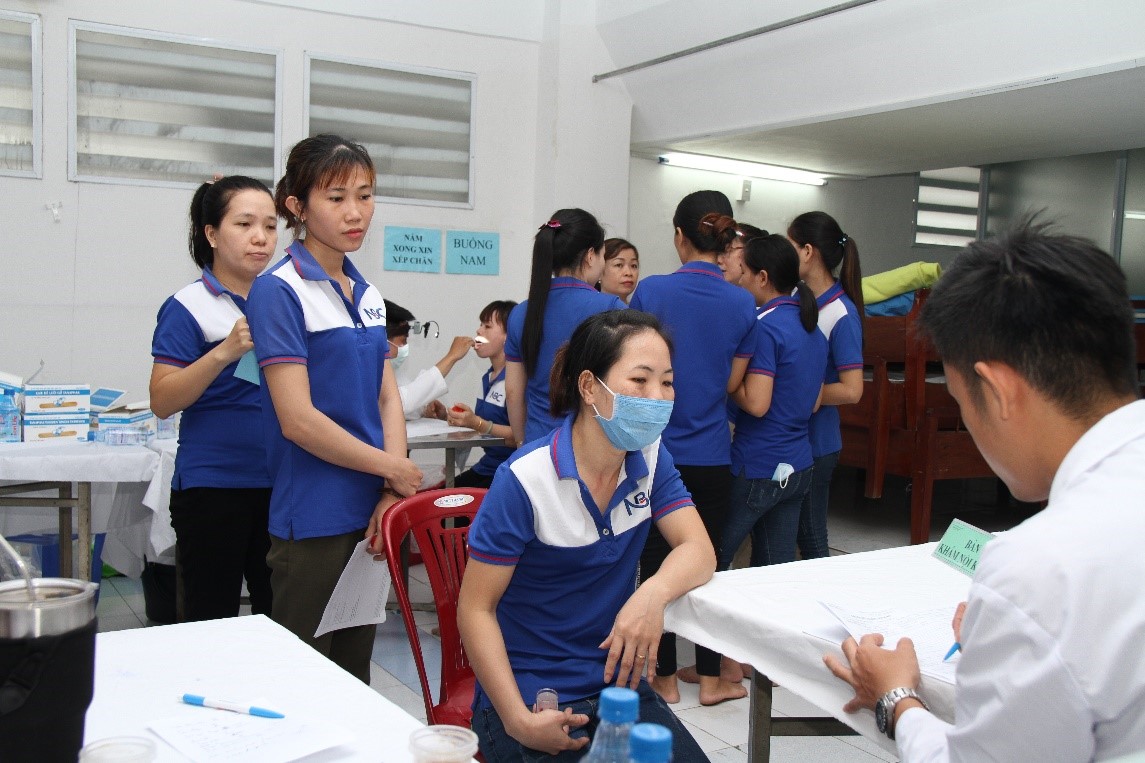 Mr. Thap also emphasized: In the first months of 2020, the situation of Covid-19 disease (new name is SARS-CoV-2) was complicated. However, the Health Station has actively coordinated closely with the authorities in the prevention, control and control of epidemics. Up to now, the Corporation has not recorded any cases of the disease. That is the success that comes from the efforts of medical staff and doctors of the Health Station.

On behalf of the staff of the Health Station, Dr. Dinh Thu Binh expressed his deep gratitude to the special attention of the Corporation's leaders as well as the affection of all NBC's staff during the past time. And promised to work together with the Health Station's collective efforts to strive, devote strength and intelligence to complete the task of ensuring the health of employees as well as the great belief of the Corporation's leaders.